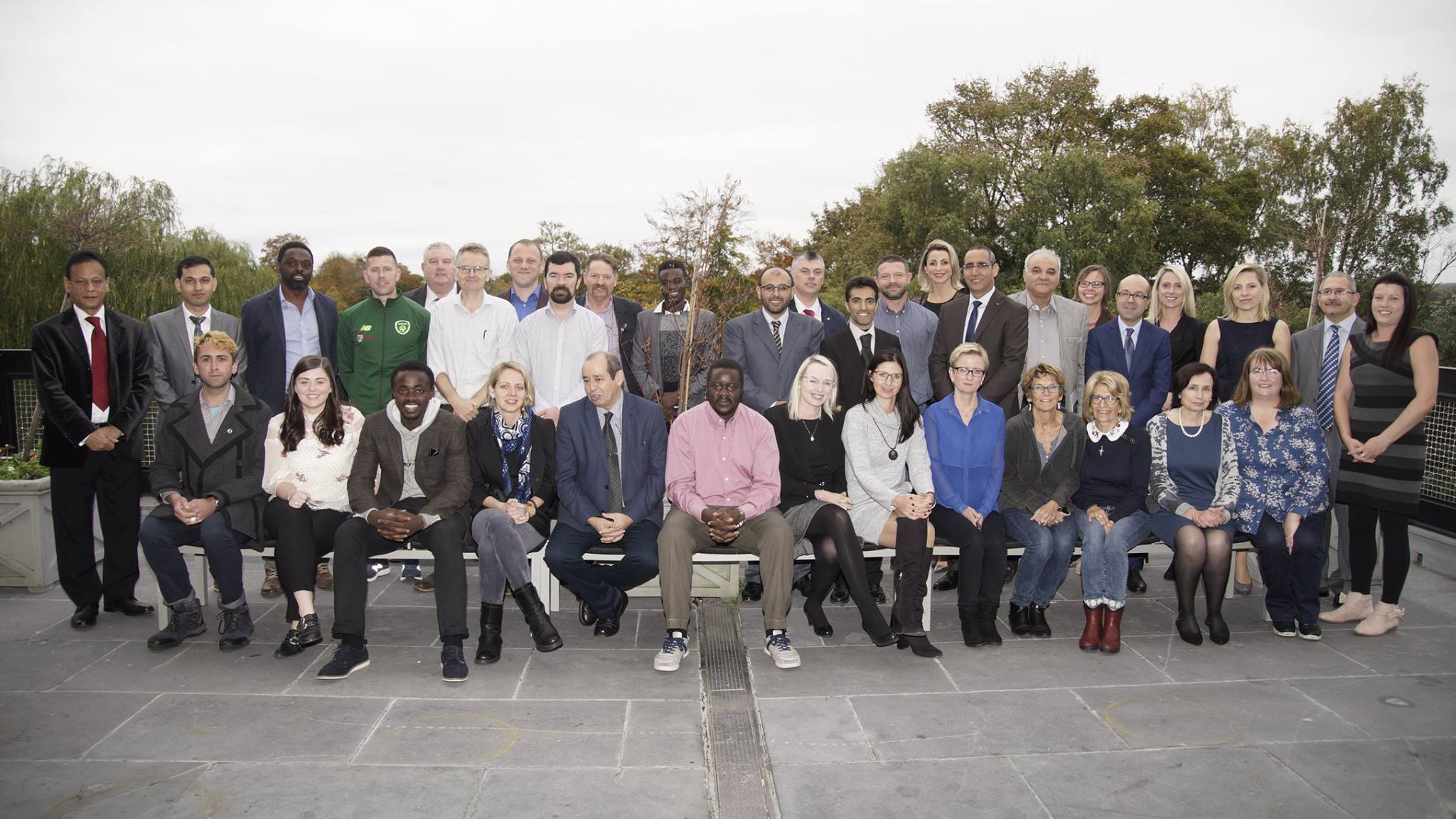 In what turned out to be an incredible success for the Twilight Community Group and partners Eurobug & Margny Les Compiegne (France) with participants from 15 different Countries from European & African Nations.  This International Conference was funded through the European Citizens Fund which is an invaluable source of financial support for organisation like the Twilight Community Group to holding such an important and having the ability to invite the participants to Kilkenny. The conference had representation from 15 countries

Many of the participants and attendees  say they were inspired and moved by the personal testimonies.

Conference Hotel Kilkenny Thursday 25th October 2018 ‘Stigmatisation of Migrants’
Opening the conference facilitator, Frank Cody, complimented the Twilight group and their partners Eurobug Youth Group and municipal district of Margny les Compiegne for giving delegates the opportunity to gather to participate in this great initiative. Referencing the extreme right wing reactionary politics presently engulfing Europe and the world he said it was an opportune time to gather as countries, groups and individuals to re-evaluate and reflect on our commitment to humanity.

On behalf of Twilight Syed Rahman welcomed all to the conference and then gave a brief outline of the hopes and aspirations of the day. Born in Bangladesh, but 20 years resident in Ireland, he, as a former President of the Bangladeshi community in Ireland, professed pride in both his countries. He acknowledge the pioneering work of the Twilight group in fostering intercultural harmony and expressed excitement at the prospect of hearing the thoughts of the distinguished speakers waiting to awaken our sensibilities and to guide our sometimes hesitant footsteps.

Speakers:
Mayor Peter Cleere
On behalf of Kilkenny city Mayor Peter Cleere greeted all and said Kilkenny was proud to embellish its already stellar record on immigration by welcoming delegates from 15 countries to participate in four days of activities aimed at opening the eyes of citizens and opening the door of opportunity to those who seek shelter in our city.

Mr Liam Alyward (former MEP)
Mr Aylward spoke about the importance of European Unity regarding the plight of migrants and proclaimed that only by working together can we hope to alleviate the, often ignored, inhuman plight suffered by our fellow man

Aiste Slajute. (Eurobug)
Aiste spoke passionately regarding the difficulties faced by youth caught in the ‘no man’s land’ of migrant refugees. Touching in particular on Isolation, loneliness and Despair she painted a bleak and harrowing picture.

Kelvin Akpaloo (Direct Provision)
Kelvin recounted personal experiences from the Direct Provision regimen. Tales of deprivation, meals without choice –take it or leave it, limited money (insert allowances here) . This treatment is meted out to people prevented from seeking work, though willing to participate in society.

Lahcen Mahraoui. Ambassador Morroco
The Ambassador highlighted Morocco’s humanistic philosophy in its approach to migration and Asylum Seekers. He emphasised the need to work with National Human Right Council, Ngo’s to help regularise the integration of migrants. Morocco proposes the setting up of a Migratory Observatory and also creating a special African Union Envoy for Migration. Concluding the Ambassador stated “Migration can no longer be viewed as a movement of negative connotations”

Joe O’ Brien (Immigration Council of Ireland)
Joe O’ Brien gave an overview of the key challenges faced by migrants emphasising lack of work, language difficulties and social inclusion as major barriers to the assimilation of immigrants. He highlighted the myriad ways discrimination can easily occur. From HR managers discarding CV’s having discerned an unusual name, barriers placed in the way of migrants and lack of involvement in the local community on residents associations etc. These barriers were put in place by ‘Gatekeepers’ who casually block attempts at social inclusion.

Des Tomlinson (Integration & Cultural Officer Football Association Ireland)
With the aid of a video presentation Des showed how sport could have a positive impact on Social Inclusion incorporating youth and adult programmes. He highlighted a scheme that prior to a football game the participants spend a half hour learning phrases that they will then use in the training games that follow. Kasha

Kasha Fabiańska (Representing Council of Malborg, Poland)
Kasha regretted that Malborg hasn’t got a high level of migrant involvement. At present policies of central government are a barrier to inclusion. However, locally the district is working to promote good citizenship and to aid an understanding of the migrant tale. She talked of working from the ground and of developing a healthy environment of respect from children and progressing this through to adulthood. She spoke of small acorns and hoped their projects, locally, would deliver a better atmosphere, which would allow for a comprehensive review of the country’s strategy.

Dany Hellal Representing Margny les Compiegne France
Dany spoke of the diverse community of Margny and explained the many Social Inclusion commitments of the region. Margny welcomes migrants and has programmes in place to facilitate their easy integration into the community. Margny Also has contact with groups in Ireland, Poland and Morocco and through these contacts they continue to explore avenues to advance the cause of migrants.

Breda Gardiner (Kilkenny County Councillor)
Ms Gardiner spoke of her ‘learning experience’ at the conference. Having travelled widely in her youth she spoke of other cultures and how they welcomed her and many more Irish who sought sanctuary abroad. In her elected she, at all times, encourages the social inclusion of migrants in our country. Breda ended by inviting the conference organisers to attend a sitting of Kilkenny County Council and to give the elected members a presentation regarding their absorbing and challenging conference.

Kaldood Naber (Respond Support)
Mr Naber informed the conference that Ireland had signed an International agreement to house 2000 Syrian refugees; so far 1200 have been accommodated. Kilkenny has housed 12 families. Because of high demand in the city the families are living in the outlying towns of Ferrybank, Piltown, Mooncoin and Urlingford. He also reiterated the necessity of proactively providing language classes to help the families interact closely with their new neighbours. The language barrier affects the opportunity of finding employment and consequentially family income suffers, leading to a low standard of living.

Therese Delahunty (Failte Isteach)
Gave an overview of the many programmes they run to help with Social Inclusion for youth and adults. These include, Language classes, understanding Irish Systems, Form Filling, Arts, Crafts and sundry Activities. Malcolm Noonan

Malcolm Noonan (Kilkenny Councillor, Green Party Spokesman on Inclusion & Social Justice)
Councillor Noonan gave a wide ranging talk on migration and the inherent problems encountered. Focusing on the enormity of the situation he sounded a pessimistic note saying because of Global Warming and its devastating effects on lands throughout the world the problem of migration would increase. So he encouraged all countries to organise themselves to deal with the present crisis so that they may deal adequately with the problems ahead. Mr Noonan castigated those who denied the phenomena of Global Warming saying, if left unchallenged; this rhetoric would lead to Global disaster. Locally MR Noonan insisted all people applying for housing in Kilkenny were treated fairly with the accommodation going to those that deserve it, most. Concluding he urged all present to desist from referring to migrants, immigrants and refugees but to insist on talking about Men, Women and Children saying “until we focus on people and see others as human beings we pave the way to discrimination”
The final segment of the conference saw delegates break up into smaller units to dissect the information delivered throughout the day. These workshops opened the way for the expression of personal beliefs and allowed participants the opportunity to connect closely with other cultures.

It was agreed by all that much more needs to be done and that as individuals, groups and countries we need to implement good citizenship in our daily activities. One of the most widely held views was that delegates should return home disseminate the knowledge garnered and meet again in 2019, possible in France, to document the progress initiated.

Closing the conference the facilitator, thanked all for their attendance, the speakers, those who asked questions and he had particular words of thanks and encouragement to the Secondary School students who participated, and who had taken part in the online conference questionnaire. He had words of praise for the Twilight organising committee and concluded “see you all in Margny les Compiegne in 2019” 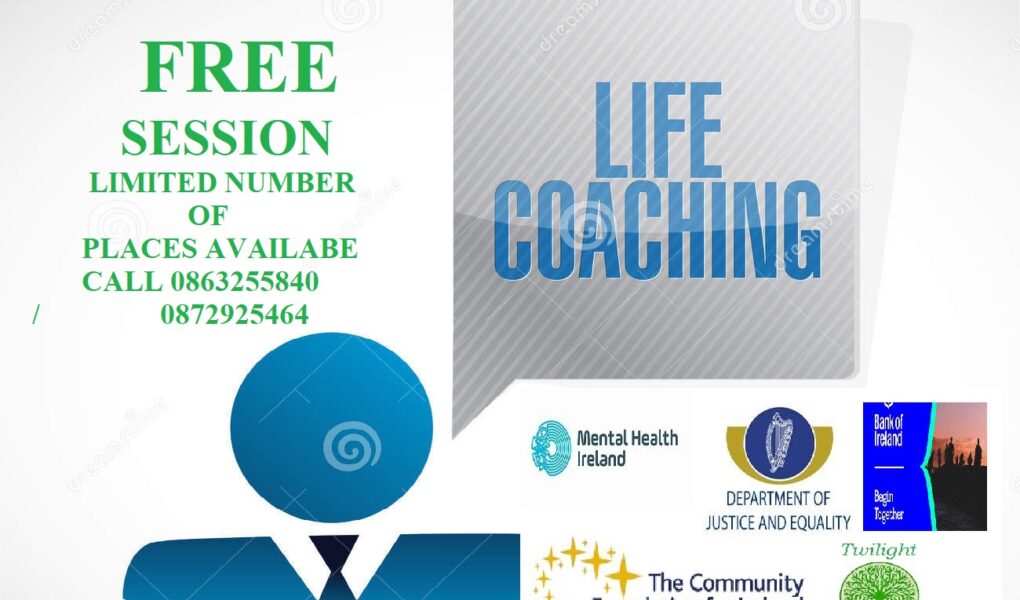