This year sees the 50th anniversary of Ireland joining the EEC which today is referred to as the European Union. What started as a small group of contries consisting of  France, Italy, Luxembourg, the Netherlands and West Germany in 1957 to day has 26 member states and a number of ascension states wishing to join the club.

Twilight Community group, with the support of the Department of Foreign Affairs, is producing a 3-part documentary of Ireland and our history in the European union. The documentary’s episodes will show

Now these programmes will be used to continue the development of our Intergeneration project. We believe that the senior members of society can contribute so much to the education of the younger generation in their recollections of their real-life experiences.

Our first programme of The EU & Ireland of Yesterday is ready to set in motion at Twilight Studio TEN. We have the support of the RTE Archives who are supplying the Studio with footage for the period in question. Many public representatives spoke in favour of the 1972 referendum and some were totally against Ireland joining the EEC. Included in this episode will be Coverage of Jack Lynch , the leader of FF and Garth Fitzgerald of FG who spoke in favour , while Niell Blaney Independent Fianna Fáil  and Bernadette Devlin held rallies to try and convince the Irish Citizens to reject the Proposal.

Twilight now wish to get members of our senior community in Kilkenny to come forward and tell us their personal recollections of this period.  Sean Lemass had a strong held conviction that for Ireland to become a prosperous nation joining European countries was the way forward.

We need the personal testimonies of our seniors, of life prior to joining the ECC. To give us their thoughts on what are the benefits Ireland has gained from the European Union. If you feel that we have not gained or our lives have not improved we would like to hear from you also.

With the input of the senior members of Kilkenny we can get the really picture and use these personal testimonies to let our younger generations see our history in the EU as Ireland celebrates 50 years of membership.

This is open to all seniors and we hope you will contact us on 0567813105/ 0863255840. Your personal recollections are vital for our Intergenerational exchanges and educational supports across both groups.

Twilight Associated Senior Service (TASS) is a group that is open to all seniors who wish to be part of our group’s activities which in time will include not just local and national activities but International travel with our European Partners and beyond as we promote exchange programmes between all the senior groups in our European Network. 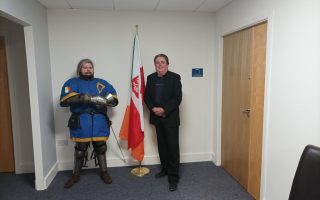