On April 24th 2015 visited  the Polish Embassy to Ireland and met Piotr Rakowski (Deputy Head of Mission).From that Meeting the concept of Twinning both Kilkenny and Malbork took off and began developing as a community based Twinning Agreement. It is the view of the Twilight Group that Twinning Agreement are for the Citizens and Communities by the Citizens and Communities. Twilight Business Group have devised a Protocol to make these Agreements more than just political Agreements. Introducing The Twilight Groups sector of Interest module of Community Interest, Exchange Programmes, Commerce, Arts & Culture, Tourism, Sport, Citizens Involvement Programmes, Youth Groups.

To date this Both sides are in contact on a regular basis. To Make a Twinning Agreement a success it is so important that it is vibrant and regular. Events have to be planned for all members of our Communities.

With this agreement the “Secret Garden” choir from Malbork will perform during the ST Patrick Day’s Festival 2017 and the Twilight Group have organised for the CBS primary School to Travel to Malbork Poland on April 30th 2017 till May 3rd when the boys choir will perform during the Signing of the Twinning agreement  by Mayor Patrick O’Neill , whose input during this project has been invaluable, and Poland’s Independence Celebrations.

It Is also proposed that in the Sporting world the boys will put their Hurling Skill s on show during their stay and Kilkenny’s Men’s National League team will play a series of exhibition games in September 2017 and the Ladies team will be in Malbork in 2018.

Newpark FRC was the first stepping stone in the community drive for exchange and it is on the cards they will also visit Malbork and Poland’s educational regions in 2018. 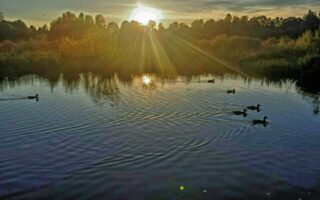 It’s never too late to start something New